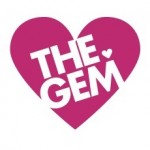 One of our last posts addressed specific foods classified as SUPERFOODS, which are in a group of foods and supplements that pack an exceptionally healthy and healing punch to your nutrition.

Superfoods help us feel more energetic, provide protection against disease and promote a longer, happier and healthier life and slow the ageing process.

These antioxidant rich products are overachievers in a class that helps eliminate chemically active oxygen molecules thought to contribute to aging, immunity and chronic ailments such as cancer, heart disease and Alzheimer’s disease.

There are many nutrient dense foods and supplements that are SUPER. The supplements seem to be a little more obscure, but at The GEM, we use them everyday. We’ve listed both a daily application you can do at home as well as our favorite GEM application.

1. MACA:  This superfood made from a South American root, dates back at least 3,000 years ago.  Maca nourishes and enhances endocrine system, which controls such functions as:

Maca is considered to be adaptogenic, meaning it will work on the body according to needs, age and gender of the person taking it – allowing both males and females of all ages to benefit from taking it regularly. Magic Maca is more like it.

2. SPIRULINA:   One of the oldest life forms on Earth, this blue-green algae has reached powerhouse status. Consumers of spirulina usually notice an increase in energy and overall health. It balances pH to reduce inflammation, the root of much disease.

Daily Application: Add it to your regimen slowly or you may experience the ill effects of detoxing. Add a ½ teaspoon to a smoothie!

3. CINNAMON:   Scientists are finding that cinnamon has a unique ability to keep blood sugar steady and alleviate symptoms of diabetes and pre-diabetes. Cinnamon’s bright color indicates significant antioxidant levels. Even smelling cinnamon has been show to boost brain function!!

Daily Application: Sprinkle it on your oatmeal or on your sweet potato for a deceivingly sweet treat.

GEM Life: We use a good quantity of this unique spice in our Matcha Latte, Crown Jewel and Chocolate Diamond!

4. CHIA:   Ch-ch-ch-chia! Yep, this little seed is the same as those weird little ceramic animal planters as seen on TV! Chia seeds are loaded with the most essential fatty acids of any known plant. Plus, one serving of the stuff is loaded with magnesium, iron, calcium, and potassium.

Chia seeds are a really good, plant-based source of Omega 3, as well as protein and fiber. You can buy them in either their true seed form or in a chia oil version; the seeds can be added to salads, smoothies, or anything else that sparkles your fancy.

Daily Application: Chia pudding, drop some in your kombucha, add to your oatmeal.

GEM Life:  Add to any smoothie for a creamier drink—it adds no flavor at all. Your kids and you will never know it’s there!!

5. GINGER:   Slightly spicy but oh-so-enjoyable, ginger has been used for years as a delicious flavoring and an all-natural remedy for everything from an upset stomach and nausea to unwanted inflammation. It is a great immune system booster.

GEM Life: Ginger is everywhere at The GEM. Boost your Forever Young Iced Green Tea, drink a Green Glow or grab a ginger shot and go.

6. CACAO:   Cacao powder contains flavonoids, which are known to help lower blood pressure and improve blood flow to the brain and heart. A wonderful mood booster too. Cacao provides a strong chocolate flavor without the guilt.

Daily Application: Dark chocolate squares can satisfy a sweet tooth and do wonders for your mood and your body.

7. TURMERIC:   In Ayurveda, turmeric is known as a powerful antioxidant that fights cancer-causing free radicals; it’s also an antiseptic and has natural anti-inflammatory effects.

GEM Life: Grab a fresh pressed turmeric shot (we also will press in bulk for you!), throw a boost into your green juice or tea. Give yourself a big treat and get an ImmuniTEA made with lemon, ginger, turmeric and local honey. Dang, that’s good!

8. Organic BLUEBERRIES:   In fact, they’re nutritional superstars, filled with fiber, vitamin C, immune boosters and cancer-fighting compounds. And, studies suggest blueberries may even improve memory. That’s something to remember. And DON’T FORGET to make them organic!

Daily Application: Keep blueberries on hand for a quick snack.

9. HEMP SEEDS:   These super seeds contain GLA—a super special type of highly anti-inflammatory omega-6 “super fat” that not only reduces inflammation but also supports a healthy metabolism, nourishes your hair, skin and nails and even helps regulate hormones. In addition, it is a great source of protein: 3 tablespoons = 11 grams of protein.

Daily Application: Sprinkle on your salads, toss in your smoothie, or even as a quick and simple snack.

GEM Life: Add hemp seeds into your smoothie for an extra secret weapon. We make our own hemp milk too!

10. Organic APPLE:   An Apple a Day … This overlooked superfood protects the body from nuclear fallout, kills a wide range of cancers, and keeps the arteries unclogged. The high levels of pectin help prevent disease, including enhancing cardiovascular health — to name but a few, experimentally confirmed ways in which the apple is one quiet, bad ass fruit.

GEM Life: Add some liquid sunshine to your day with a Green Glow JUICE, which contains the juice an entire apple.

Dive into health. You’re worth it!