Late night convenience store raids may never be the same. It was announced this week that the folks that bring us Twinkies, Ding Dongs and Wonder Bread filed for bankruptcy. Hold your tears.

You wanna know why? Could it be Americans are making smarter diet and snack food choices? Be real. Probably not. The reason cited is their production model is too costly, due to legacy pensions and union restrictions. They simply cannot keep up with customer needs because of the excess weight it has to carry and the inability to change quickly.

There are 39, yes, THIRTY NINE ingredients in Hostess Twinkie.

The Twinkie defense. The man who fatally shot Mayor George Moscone and Harvey Milk in 1979 obtained a verdict of manslaughter rather than murder after arguing he was not fully responsible for his actions because he sunk into a deep depression. This was evidenced by his newfound love of junk food. A noted psychiatrist testified that on the night before the murders, the defendant “just sat there in front of the TV set, bingeing on Twinkies.” Could it be that the innocent-seeming blond Twinkie is not merely bad for your health, but could be an accessory to murder?

I guess one way or another, those things will kill you. I rest my case. 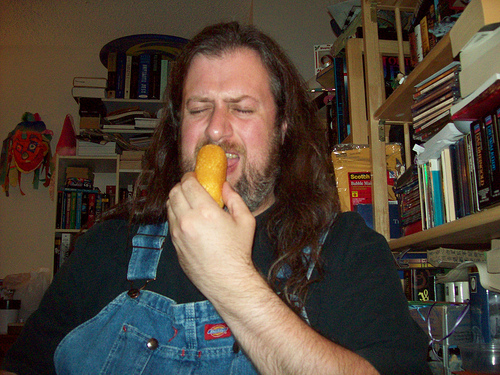